Thanksgiving Day in the USA is just another workday in Tanzania. But, there is so much for which to be thankful. First we say thanks to Mungu (God) for giving us the Tanzania opportunity. So many things have fallen into place to make Tanzania Christian Clinic a reality. We know it is Jehovah God and his Spirit who have made it happen. Second, many of you have donated liberally on multiple occasions. We are humbled by your vote of confidence in us and in what we are attempting to do. Third, we have been blessed by many special helpers along the way. Those of you who have visited TCC in order to help carry the load are so appreciated.

This year has been special because of Laura Jo Elliott, RN. Jo Jo has volunteered at TCC since January. During these months she has been a wonderful missionary nurse, immersing herself in the local culture as only few have done. Jo Jo has been effective as a spiritual, physical, and social ambassador for Christ. It could truthfully be said that many of the Tanzanian people see JoJo Elliott as a TCC legend in her own time. Who else rides dahladahlas and pikipikis (motorcycles) through the streets of Monduli and Arusha shopping for clinic supplies? During her tenure in Tanzania Jo Jo has helped strengthen the sick, counseled the confused, taught the searching, shared with the poor, and has been an advocate for the abused and neglected. Look for Jo Jo in the halls and ICU’s of Vanderbilt Hospital starting in the new year. Someday we hope to see her again in the halls of TCC if God wills. 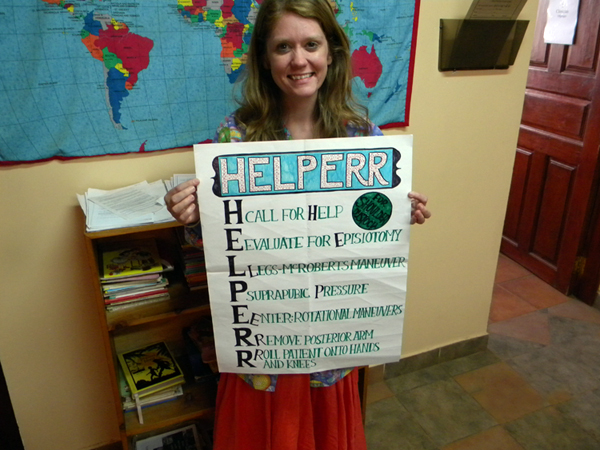 Also, two wonderful blessings have come our way from Texas, and they spell their names Ben and Lorrie Covington. Dr. Ben is volunteering as the staff physician at TCC for November and December while Lorrie is helping with an orphanage in Arusha. It has been so refreshing and encouraging to have their help and fellowship. What a blessing! 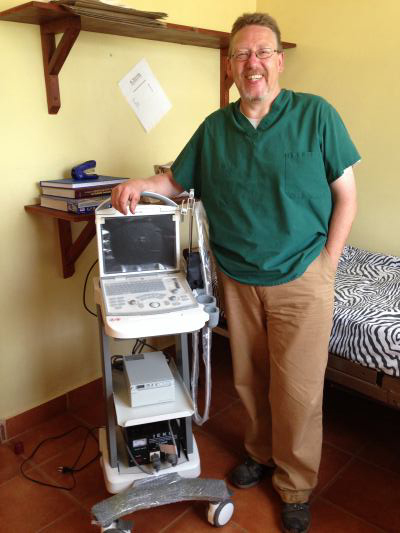 And we must acknowledge our African brethren David, Hilda, Bernard, Innocent, Mary, Elijah, Tizo, and Terasila, for their faithful and honest work at TCC. One day, TCC will be an all Tanzanian organization and these are some of the people who will lead us in that direction.

The wise men from the old country have a thoughtful saying. “You can either choose to be humbly grateful or grumbly hateful”. On this Thanksgiving we choose the former and I am sure you do too.

After much prayer and planning, the Tanzania Christian Services Board of Directors has approved the opening of a new Christian high school in Monduli. If God wills, Alpha Omega Christian Secondary School will be enrolling its first class starting in January, 2016. The academy will be a boarding school built on acreage that joins the campus of Tanzania Christian Clinic. The curriculum will be Bible based and there will be a strong emphasis on the sciences. More information is available at www.aocss.org

Mr. Terry Beck of Fort Worth, TX has recently joined the staff of Tanzania Christian Services as Director of Advancement. Terry has graciously agreed to volunteer in this role for at least one year. Some of Terry’s work will be in Tanzania but most of his time will be spent in the USA. He will be networking with individuals and faith based organizations in order to advance medical missions and Christian education in Tanzania. Already we say thank you to Terry for helping TCS and for “donating” the high corporate salary he could be making in America. Please pray for Terry’s work as he labors for the kingdom.