NOT beginning to look a THING like Christmas, Tanzania is now displaying a profusion of flowers, budding trees, and lush grass accompanied by colorful birds everywhere. How God’s rains have refreshed the dry landscape! As we enter the summer months here in the southern hemisphere, Danny and I anticipate the more familiar cold weather of the Christmas season when we fly into Amsterdam and on to the US on Monday, December 10, to visit our families.

In addition to experiencing hot weather, we at TCC have also been on the “kiti moto” (hot seat) lately with an increasing number of new patients coming from far and near. Despite the more demanding patient work load, we try to stay focused on spiritual as well as physical ministry. One recent spiritual outreach was to Joseph Samwel (see photo) who was born again after attending several Saturday Bible classes. 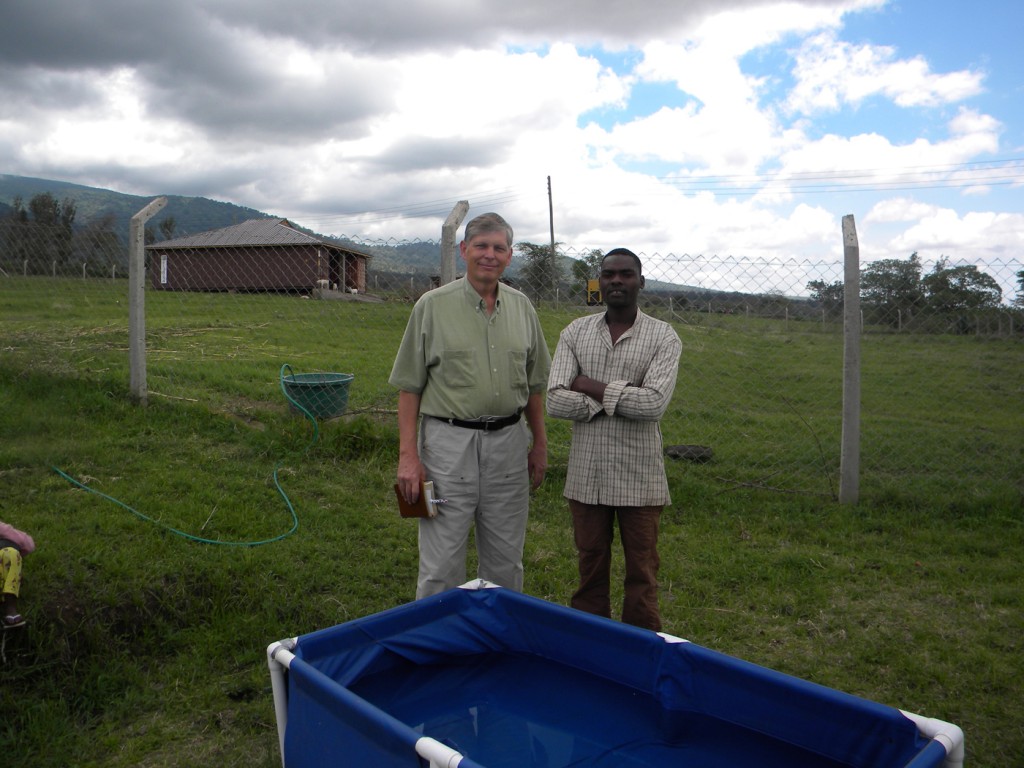 Another case is that of a distinguished gentleman who came to TCC for his Parkinson’s care. On multiple occasions this man invited us to his home for fellowship and Bible study. After many thoughtful and insightful questions, he has decided to make Jesus Lord and Savior. A third person, a Maasai mother of a four-month old infant, has informed us that she will also be immersed into Jesus after eight more weeks. Tribal customs dictate that the mother can drink tea but no water and neither she nor her baby can be bathed or placed in water until this extended six month period ends.

Amazed that such customs do not result in the deaths of more people, we begin to understand the social factors that can lead to the serious patient presentations seen so commonly. Following a sore throat and extreme bout of glossitis, one five-year old boy appeared at TCC after several days in a nearby hospital with no improvement. Diagnosing him with Ludwig’s angina, we noted that the boy displayed high fever, a hugely swollen, fiery red tongue protruding from his mouth, inability to swallow, drooling, grunting respirations, and impending airway obstruction. Attended by his worried Maasai father and grandfather and many men from his village, all were waiting anxiously to see if the child would live. After prayer (on our part) and repeated injections of Rocephin and Dexamethasone over two days we were thrilled to see the boy’s dramatic improvement. “Asante Mungu” (Thank You, God)!

However, new Christians and patients with dire illnesses have not been the sole source of excitement recently. A few nights ago we were again awakened by a loud racket outside our bedroom window, including a wild animal’s hissing and ferocious barking by Phlebitis, our German Shepherd. When the guards began to shine their flashlights we again fell asleep, thinking little of the incident. The next morning a guard casually mentioned that another young “chewi” (leopard) had come calling in our front yard, having apparently no trouble climbing our fence!

Looking back over these five years in African missions we deeply appreciate you and our Lord for the sustenance you both have provided. Happy Christmas, and let us all remember to especially thank God for His indescribable gift— Jesus. 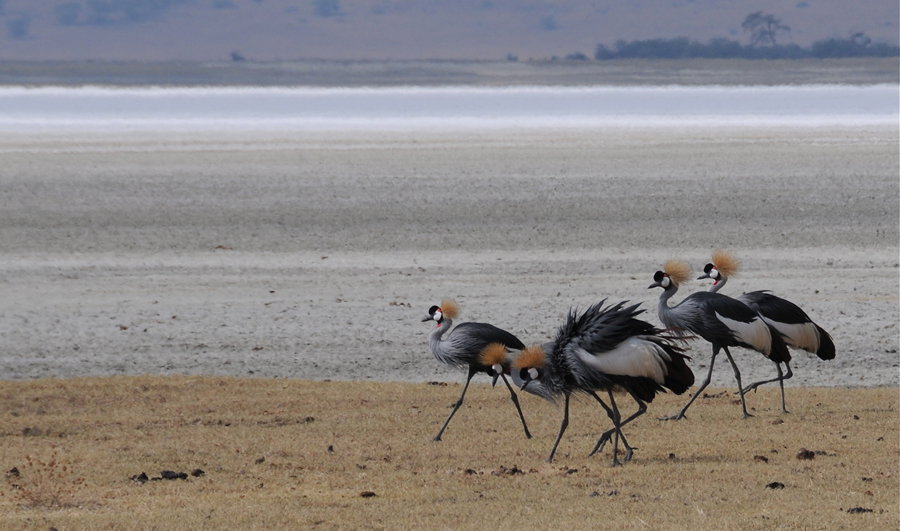 Crest of the Crane

On day five the Creator must have decided to make one more crowning bird. So He took a crane and added a special crest (see photo) and man now calls him the “Crowned Crane”. This elegant bird is commonly seen by visitors at the Ngorongoro Crater in Tanzania and has been designated as the national bird. But as beautiful as this bird is, it is no match for the true crown of God’s creation. Genesis tells us that man and woman are the only created beings that have been made in God’s image. We humans are the crown of creation. God himself described the people He made as being “very good”. So what is a “very good” person worth? It must be a lot in God’s opinion since His second greatest command is to “love our neighbor”. Would you think a sick person in Tanzania is worth $0.60? That is how much it costs for a patient to see the clinician at Tanzania Christian Clinic. Even at that price, some cannot afford the expense. So as you support the medical mission work in Tanzania, remember that all of us are part of God’s crown of creation. We all resemble God. We are all worth sixty cents. We are all worth a little bit of love …and then some. Thanks for your prayers, encouragement, and support.