Powdery dry, mostly brown landscapes of October have given way to the color bursts of November and the short rainy season here in E. Africa. From the fuchsia, burgundy, and ivory hues of the bougainvillea to the vivid orange blossoms of the flamboyant trees, the purple of the jacarandas, and the delicate peach of the angel trumpets, this season attests to God’s love of creativity and the hues of his palette.

More cause for delight has been the addition of four new souls who have decided to follow our King. Baraka and Jackson Samwel, 13 and 16 years old respectively, Victor Samora (almost 11) and a Maasai lady named Naserian Mgeza have each given their lives to Jesus as their “Bwana na Mwokozi” (Lord and Savior) and been baptized. Some of you studied the Bible w/ these folks and many helped them materially. Baraka and Jackson are sons of Mama Maria, who you may remember lost her husband several years ago, was treated at TCC, later became a Christian, then passed away herself, leaving three sons still at home. Now all those boys, including Andrew, the oldest, have come to Yesu (Jesus). Thanks for helping them with love, food, clothes, shoes, education, and land on which to plant additional crops. 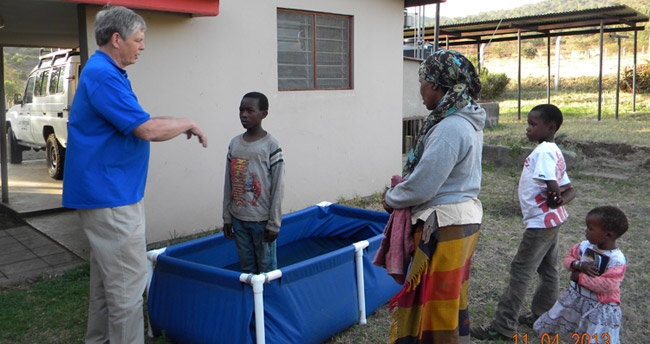 Other habari njema (good news): the young Monduli Juu congregation will soon move into their new concrete block building. Many local Christians have sacrificed, but so have you in helping them build this structure, providing a roof, outhouse, baptistery, classrooms, and benches. Many Bible classes each week are being conducted in the Monduli Juu community; additionally, weekly sessions are occurring at the Ole Sokoine Secondary School w/ 40 or more students at a time. As we recently worshiped w/ the Monduli Juu church, a senior from this school began spontaneously leading a song during communion, “I Will Love Jesus Forever.” Also, a Maasai named Kiproya has repeatedly come to the clinic for health care and asks that we come to his home for Bible study; we cannot get to his remote boma (family group in clustered mud huts) by car if there is much rain and mud; God, help us to reach this Maasai Cornelius! 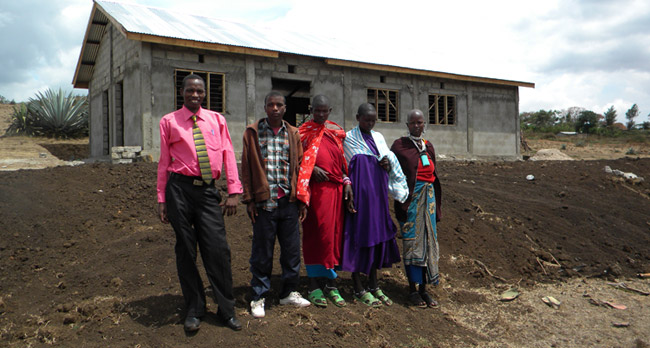 And speaking of the clinic, we are happy to report it is busy and growing. Hopefully, a labor and delivery suite /services will soon be added. Also, TCC has finally located a future X-ray and ultrasound employee. Since they are so difficult to find in TZ, we know this is a direct answer to prayer! We appreciate each of you who prayed and provided the X-ray, ultrasound machine, and generator to use when the power is off. Desperately needy people often present at TCC, such as a rail-thin 30 year old man who had been losing five liters of urine nightly; his blood sugar was over 500. Then, there was an 8 year old boy who had been unable to urinate for three days. Since we had no catheter his size, the decision was made to aspirate urine from his bladder with a large needle and syringe using a supra-pubic approach (through the abdominal/pelvic wall above the pubic bone). As soon as the little boy saw and felt that needle stick, he began urinating via the usual route and produced a veritable flood!

Lastly, the Monduli government leaders are still negotiating with our NGO in regards to land they are offering as a building site for a new Christian secondary school. We are asking for a title deed in order to avoid problems later. Hopefully a plan can be arranged that is agreeable to all parties. PLEASE PRAY!